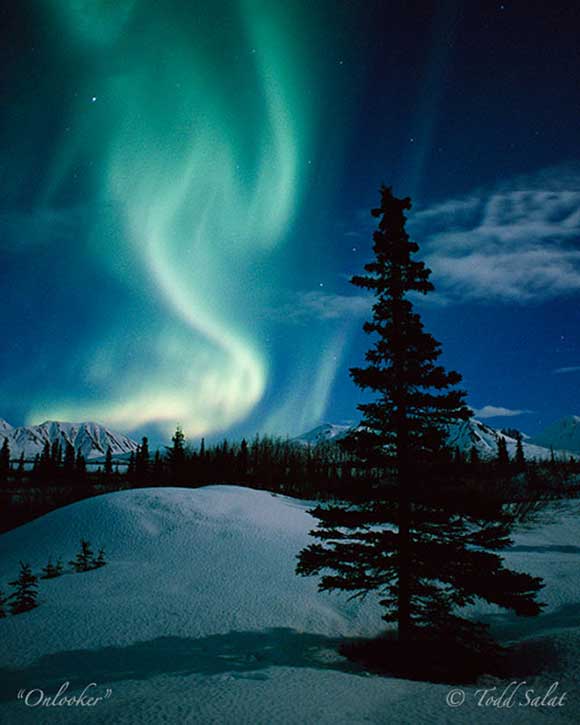 I stood on that knoll for four nights waiting and watching for the elusive springtime aurora. I was in the Alaska Range on the Parks Highway and in just a few days it would be May. The geese were flying north again, and the window of darkness had narrowed down to a precious three hours, midnight-to-3am. This was the last aurora hunt of the season.

I was delighted to discover that a thaw-freeze cycle had turned the top crust of the deep snow into concrete. I could walk, jog or ski anywhere in a heartbeat so I played a lot. On night #4 I had my two camera/tripod set-ups located on opposite sides of the knoll when I saw an ominous glow suddenly appear to the east. I then realized I wanted the lens on the other camera! I sprinted across the snowfield and did a third base slide at my secondary camera, grabbed my lens of choice and bolted back to primo spot #1. An onlooking spruce tree cast a moon shadow as the smoky curls of the aurora doubled in size. The display was awesome, yet short-lived, but I knew these memories would get me through the long summer months ahead.