About Todd Salat - The Aurora Hunter

Todd Salat was born an Iowa country boy, making his way to the mountains as often as possible. He received a Bachelor of Science degree in geology at the University of South Dakota in 1986 and a Masters in geology from the University of Wyoming in 1989. With that, he scored a job as an exploration geologist and made that big right-hand turn to Alaska.

As a geologist, he enjoyed exploring and unraveling the earth history of the Brooks Range of Alaska and the Andes of Venezuela. However, the seven-year-itch came upon him and he resigned from his corporate day job. The first dream he chased was a year-long walkabout in the "Land Down Under," Australia & New Zealand.

Todd returned to Alaska in 1997 to follow through on his dream of becoming a full-time freelance photographer. The next big chapter in life began with a blind date, and in 2001 he married the love-of-his-life, Shay.

They reside in Anchorage and enjoy a cabin retreat in Hatcher Pass. With a heated camper on their truck, they eagerly follow their mission statement: 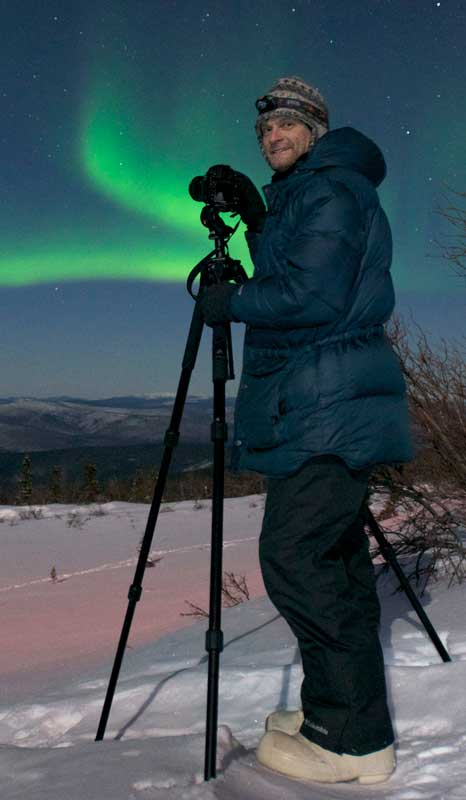 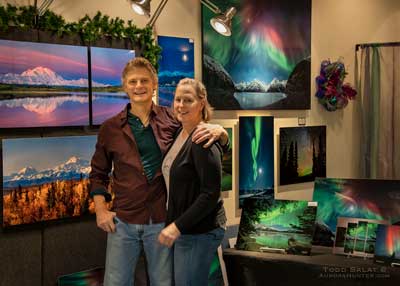 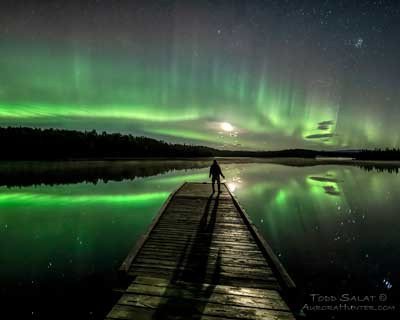 Todd on the Web: 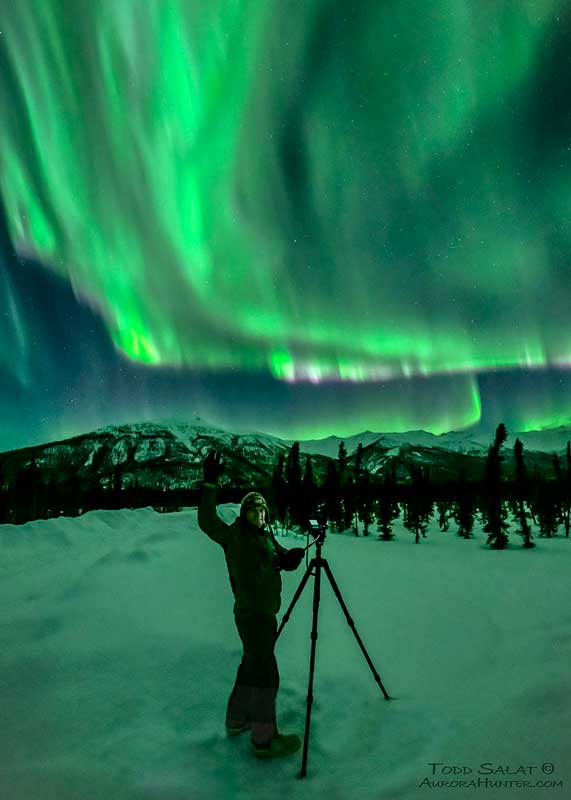 Todd sending a warm aurora welcome from the Brooks Range! 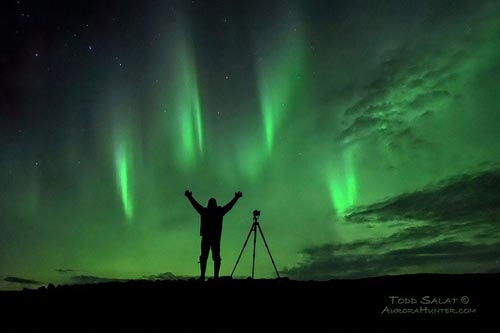 Expressing my jubilant love for the aurora on September 27, 2019 at 10:35 pm. Denali Highway, Alaska 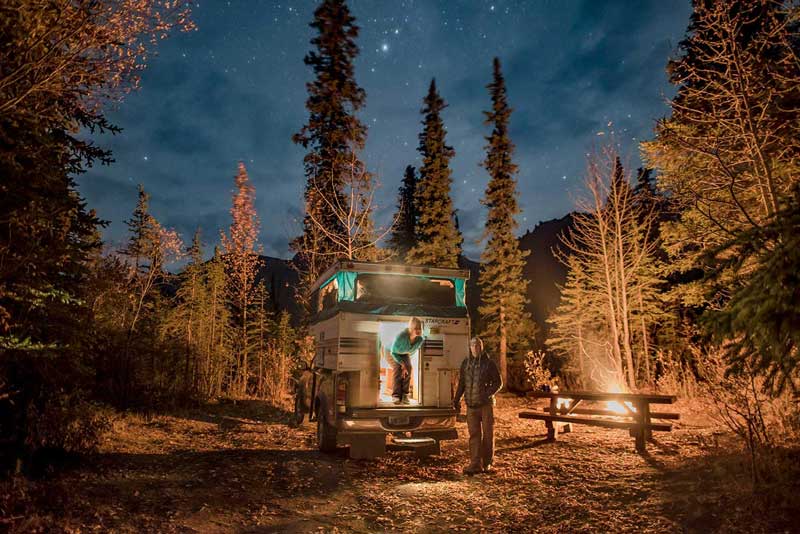 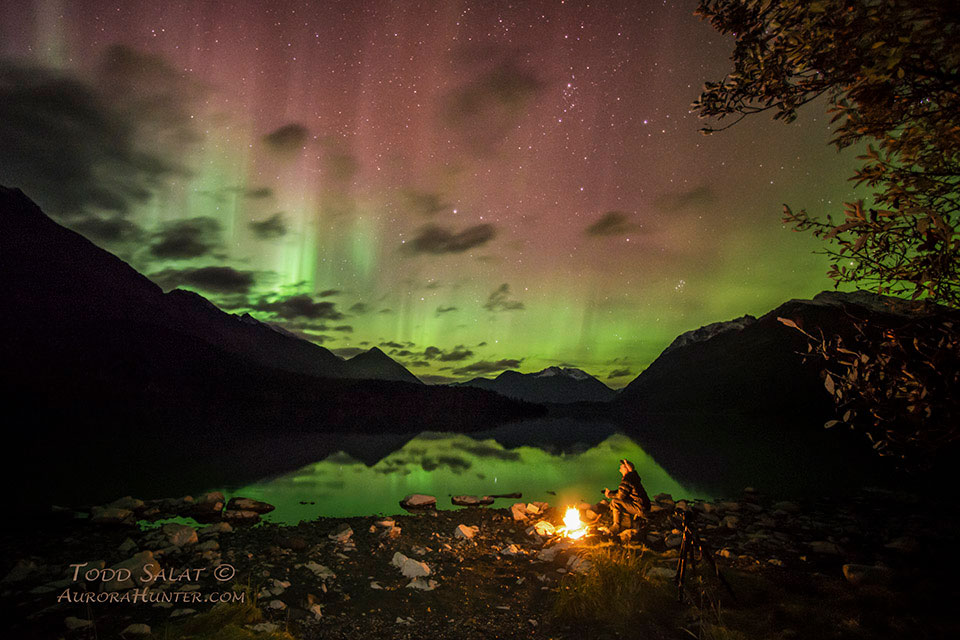