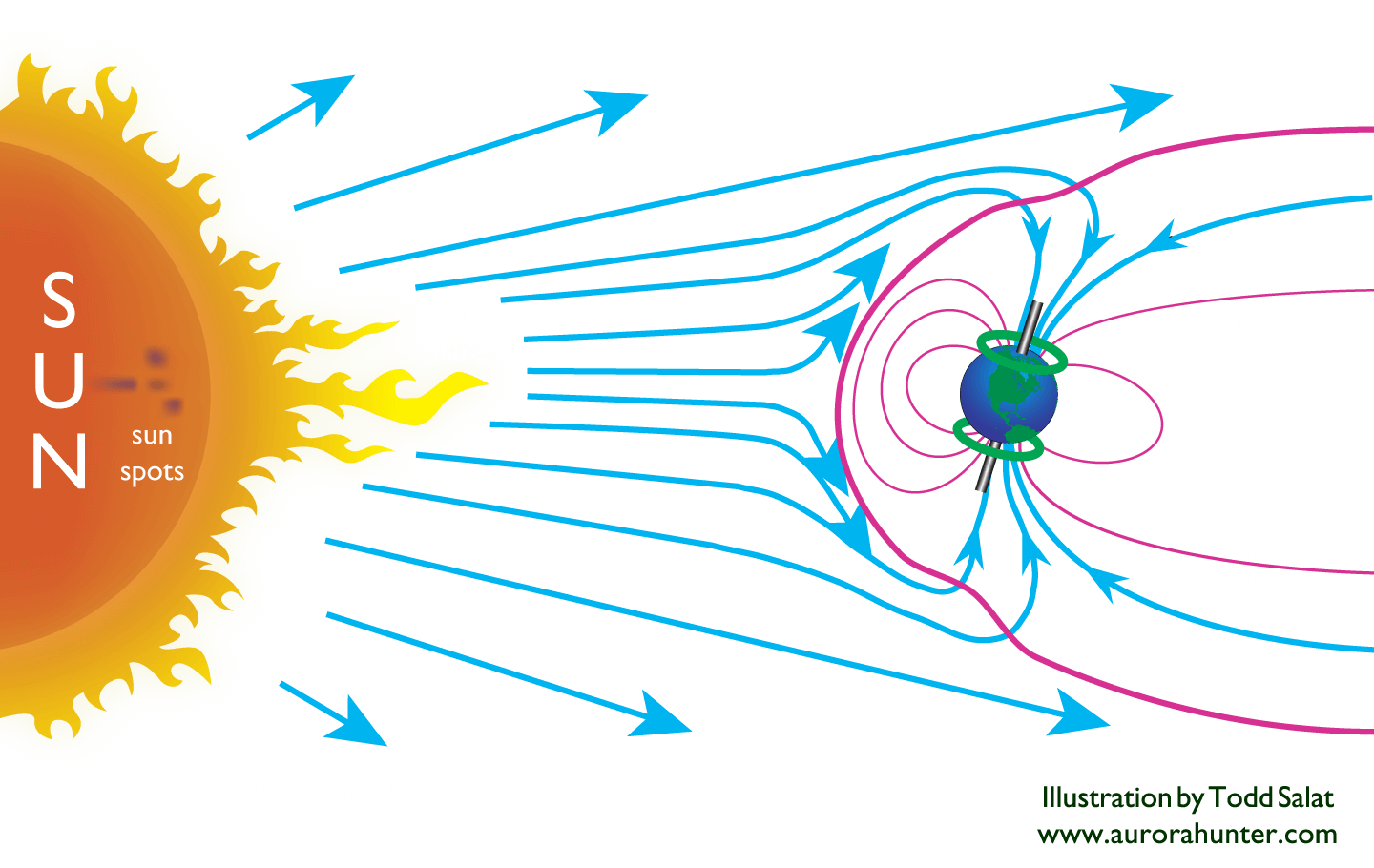 It begins with a solar flare

The aurora borealis (northern lights) form when charged particles emitted from the sun during a solar flare penetrate the earth's magnetic shield and collide with atoms and molecules in our atmosphere. These collisions result in countless little bursts of light, called photons, which make up the aurora. Collisions with oxygen produce red and green auroras, while nitrogen produces the pink and purple colors. This reaction encircles the polar regions of the earth and occurs at an altitude of 40-400 miles (65-650 km) in a zone called the “Auroral Oval.”

An auroral display might be observed any night from dusk until dawn as long as it is dark, which excludes Alaskan summer nights (May-July). The best time to view them is between midnight and 2 am.